The noble and rebellious Grignolino

The Grignolino is an autochthon vine variety that has always been grown on these hills. It has a noble and rebellious spirit. It was the wine loved and drunk by kings, in the courts of the dukes of Monferrato and by Savoia family. It is a vine that can give great results and it is the wine than more than others well reflects the character of the people who live in the Monferrato. Its tannins, marked when young, evolve over the years. Each hill gives the wine its character. It is the beauty of the cru and the diversity of the land. The Grignolino has a rebellious, wild and free spirit.

Ruby red in colour and with a scent of red fruit and geranium. The name would derive from its strong tannins. The origin is actually discussed: according to some, and they are the most numerous, it would derives from “grignole”, a dialectal term from Asti that used to indicate the grape seeds in the berries, which in this variety are more numerous than other wines and are responsible for its marked tannins.

For others it would be related to the expression “grigné”, in Piedmontese it means smile, because the expression that is drawn on the face of those who drink it because of the tannins is that of a smile. The scholar Enza Cavallero has reconstructed and told the story of the Grignolino. According to the studies of Cavallero, the first written document in which the Grignolino is mentioned, like Berbexinius, is a deed of rent dated 1249, transcripted by the monks of the Chapter of Sant’Evasio in Casale Monferrato. And still in 1337 the inventory of wines from the Abbey of San Giusto in Susa mentioned the presence of “Grignolerii” wine.

The first mention in an ampelographic book is from 1978, in the “Istruzione” of the Count Nuvolone who called it “Nebieul Rosé”. His contributions are collected in “Grignolino”, published in 1987 by the Astesana typography and edited by Elio Archimede, and “Viti e uomini nell’antico Piemonte” (1996, edited by Maurizio Gily). 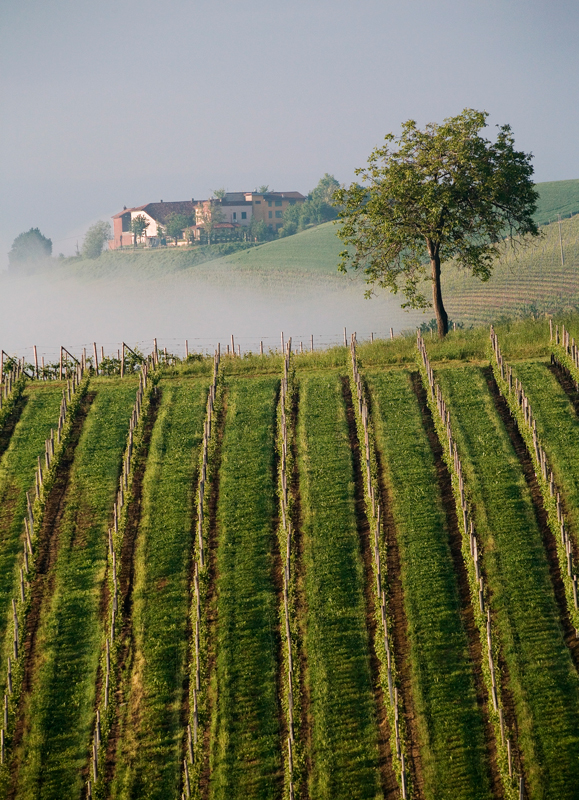 Home » The noble and rebellious Grignolino